It has been a long road, but here we are! The first volume of Changelog is 91 pages of NSFW stories featuring Breast Expansion, Mini-Giantess, and other such size play fetishes. Collection includes three updated, expanded editions of previously released "sketches" as well as a new original story. If you have questions, there is [more information about the changes to each story on my tumblr].

Sabine, a mundane sophomore finds herself entangled with Lyla, an apprentice witch after a spell cast in spite begins to affect them both. Now it is a race against time as Lyla tries to figure out a way to fix things before their problems swell to even greater sizes…

Contains lesbian romance and sex as well as Lactation and Female to Altersex kinks in addition to Breast Expansion to a Huge Size, Women's Muscle Growth,  Height Gains, and Size Difference Situations.

When she signed a contract with Ginger min Alnarr to make the efreeta her agent, Quinn expected a little magic to make her star rise a little faster. What she did not expect was her popularity, and her measurements, to swell so extensively…

After their first time having sex as a D/S couple Shaiana and Clarke discover that her being submissive causes her to grow considerably larger. Now faced with a new complexity in their evolving relationship, Shaiana finds out she is happy to trade power for a chance at getting even bigger…

While waiting for a blind date a friend set up, Marie reads a story about a a man whose web site history leads to him becoming a dog. Thinking it a hoax, she pings the web address, only for the server to install what amounts to reality altering software in her awareness. Now her all her fantasies are coming true and when someone else notices, they become reality. Can Marie get through her date and remain herself or will she find the temptation more than she can handle...?

In order to download this Short Story Collection you must purchase it at or above the minimum price of $3 USD. You will get access to the following files:

I don't suppose there's a demo available, by chance? :)

I was fortunate enough to win a copy of this and would gladly pay twice over for it.

Each tale is written excellently, with characters and story that feature transformation and not the other way around. Each entry hits all the aspects of TF fiction I enjoy, and even the longest piece was paced in a way that kept reengaging me. If pressed to pick a favorite I would choose A SWELLING REGARD, but each has its own special aspect.

If you want quality story telling, sensual detail, and great transformation fiction you will be hard pressed to find better quality or value. I wish there was a printed copy I could put on my shelf. 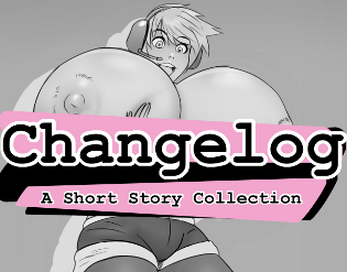